Haunted Haworth: The Ghosts of Christmas

Emily Brontë died on the 19th of December 1848, just 6 days before Christmas. Did her ghost really haunt a local restaurant on the anniversary of her death 126 years later? Was the mysterious light seen in the night sky by Sergeant Johnson and Constable Clarke one night as Christmas 1901 drew near the first sighting of a UFO over Haworth?

Join Adam Sargant of Haunted Haworth, local ghostologist, for this ghost walk crafted by a master storyteller. Follow the ghost of Emily Brontë over the centuries as she treads the streets of Haworth and the rough moors beyond.

Does the spectre of a hanged highwayman still stalk potential victims in the local pubs? Who is the weeping ghost behind the Black Bull pub? Join Haunted Haworth in the run up to Christmas and we may just find out. 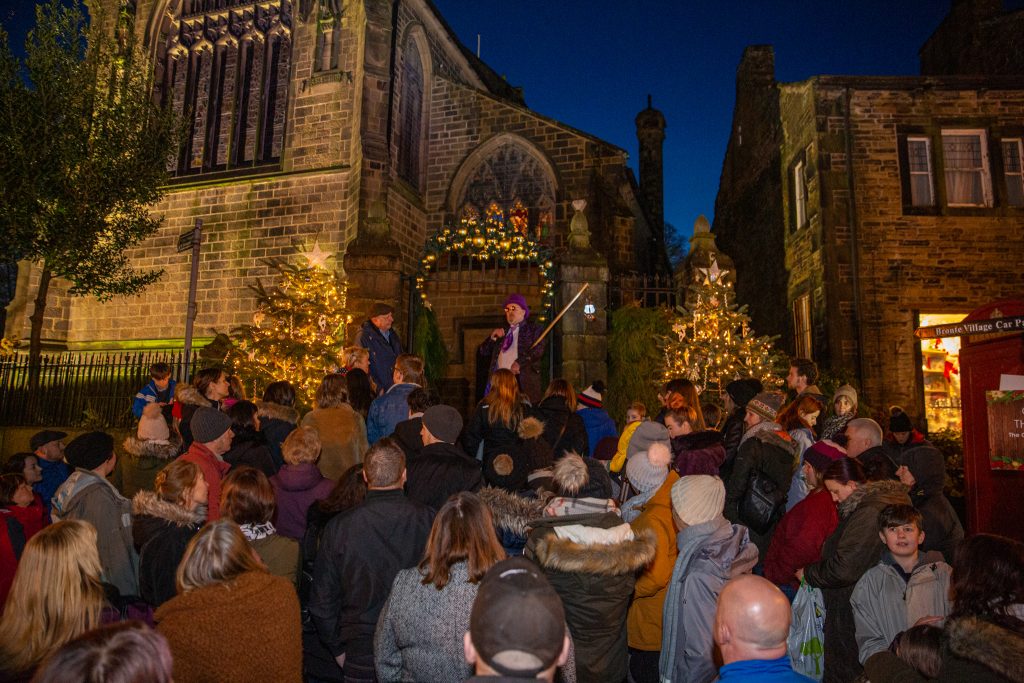 Book now to secure your place on Haworth’s best, most reputable and only local independent local ghost walk.

Any cookies that may not be particularly necessary for the website to function and is used specifically to collect user personal data via analytics, ads, other embedded contents are termed as non-necessary cookies. It is mandatory to procure user consent prior to running these cookies on your website.