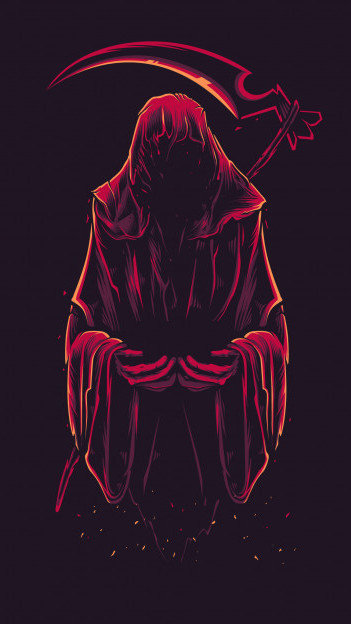 Since the beginning of time, people have told stories to make sense of death. Gathered round fires and listened to why death came into the world. Told of how the Gods themselves were laid low as they wrestled with the Reaper. In the telling of these stories we transform both grief and fear. Kings and peasants alike stand equal before that gaze.
An old grandmother manages to outwit death. A beautiful Princess wins her beloved back from Death through her wits alone. One man failed to heed Death’s warnings. Another finds a land where Death does not enter. Long ago, all the creatures of the Earth meet to decide whether Death should be allowed into the world. From the Brothers Grimm to ancient Sanskrit epics, these stories tell of humanity’s eternal relationship with Santa Muerte.
Join me for an evening of family friendly traditional stories about the Grimm Reaper. Told via Zoom* these tales embody hundreds of generations of wisdom about Death. Suitable for children aged 12 plus (and younger at parents discretion).

Only one ticket needed per viewing device (i.e, buy per viewing household rather than per person)

*Zoom link to the event will be sent with your eTicket. Please allow a few minutes for the eTicket to arrive via email. If the ticket has not arrived, check your spam folders.

Any cookies that may not be particularly necessary for the website to function and is used specifically to collect user personal data via analytics, ads, other embedded contents are termed as non-necessary cookies. It is mandatory to procure user consent prior to running these cookies on your website.