When she was just seventeen, Charlotte Brontë wrote The Green Dwarf: A Tale of the Present Tense, a novella 1. Part of the Glass Town saga, being a strand of the juvenilia that she produced set in the worlds she created with her siblings, it is discernibly part of the process that went on to form the literary genius she was to become. And in it she included a short narrative that is recognisably a ghost story very much in the Victorian tradition. Published later and separately as “Napoleon and the Spectre” 2 (not by Charlotte, I hasten to add), I include it here for your interest. As you can tell from the open lines, the short passage makes more sense in the context of the full story, where it is an anecdote recounted by one of the characters.

Napoleon and the Spectre

Well, as I was saying, the Emperor got into bed.

“Chevalier,” says he to his valet, “let down those window-curtains, and shut the casement before you leave the room.”

Chevalier did as he was told, and then, taking up his candlestick, departed.

In a few minutes the Emperor felt his pillow becoming rather hard, and he got up to shake it. As he did so a slight rustling noise was heard near the bed-head. His Majesty listened, but all was silent as he lay down again.

Scarcely had he settled into a peaceful attitude of repose, when he was disturbed by a sensation of thirst. Lifting himself on his elbow, he took a glass of lemonade from the small stand which was placed beside him. He refreshed himself by a deep draught. As he returned the goblet to its station a deep groan burst from a kind of closet in one corner of the apartment.

“Who’s there?” cried the Emperor, seizing his pistols. “Speak, or I’ll blow your brains out.”

This threat produced no other effect than a short, sharp laugh, and a dead silence followed.

The Emperor started from his couch, and, hastily throwing on a robe-de-chambre which hung over the back of a chair, stepped courageously to the haunted closet. As he opened the door something rustled. He sprang forward sword in hand. No soul or even substance appeared, and the rustling, it was evident, proceeded from the falling of a cloak, which had been suspended by a peg from the door.

Half ashamed of himself he returned to bed.

Just as he was about once more to close his eyes, the light of the three wax tapers, which burned in a silver branch over the mantlepiece, was suddenly darkened. He looked up. A black, opaque shadow obscured it. Sweating with terror, the Emperor put out his hand to seize the bell-rope, but some invisible being snatched it rudely from his grasp, and at the same instant the ominous shade vanished.

“Pooh!” exclaimed Napoleon, “it was but an ocular delusion.”

“Was it?” whispered a hollow voice, in deep mysterious tones, close to his ear. “Was it a delusion, Emperor of France? No! all thou hast heard and seen is sad forewarning reality. Rise, lifter of the Eagle Standard! Awake, swayer of the Lily Sceptre! Follow me, Napoleon, and thou shalt see more.”

As the voice ceased, a form dawned on his astonished sight. It was that of a tall, thin man, dressed in a blue surtout edged with gold lace. It wore a black cravat very tightly round its neck, and confined by two little sticks placed behind each ear. The countenance was livid; the tongue protruded from between the teeth, and the eyes all glazed and bloodshot started with frightful prominence from their sockets.

“Mon Dieu!” exclaimed the Emperor, “what do I see? Spectre, whence cometh thou?”

The apparition spoke not, but gliding forward beckoned Napoleon with uplifted finger to follow.

Controlled by a mysterious influence, which deprived him of the capability of either thinking or acting for himself, he obeyed in silence.

The solid wall of the apartment fell open as they approached, and, when both had passed through, it closed behind them with a noise like thunder.

They would now have been in total darkness had it not been for a dim light which shone round the ghost and revealed the damp walls of a long, vaulted passage. Down this they proceeded with mute rapidity. Ere long a cool, refreshing breeze, which rushed wailing up the vault and caused the Emperor to wrap his loose nightdress closer round, announced their approach to the open air.

This they soon reached, and Nap found himself in one of the principal streets of Paris.

“Worthy Spirit,” said he, shivering in the chill night air, “permit me to return and put on some additional clothing. I will be with you again presently.”

He felt compelled, in spite of the rising indignation which almost choked him, to obey.

On they went through the deserted streets till they arrived at a lofty house built on the banks of the Seine. Here the Spectre stopped, the gates rolled back to receive them, and they entered a large marble hall which was partly concealed by a curtain drawn across, through the half transparent folds of which a bright light might be seen burning with dazzling lustre. A row of fine female figures, richly attired, stood before this screen. They wore on their heads garlands of the most beautiful flowers, but their faces were concealed by ghastly masks representing death’s-heads.

“What is all this mummery?” cried the Emperor, making an effort to shake off the mental shackles by which he was so unwillingly restrained, “Where am I, and why have I been brought here?”

“Silence,” said the guide, lolling out still further his black and bloody tongue. “Silence, if thou wouldst escape instant death.”

The Emperor would have replied, his natural courage overcoming the temporary awe to which he had at first been subjected, but just then a strain of wild, supernatural music swelled behind the huge curtain, which waved to and fro, and bellied slowly out as if agitated by some internal commotion or battle of waving winds. At the same moment an overpowering mixture of the scents of mortal corruption, blent with the richest Eastern odours, stole through the haunted hall.

A murmur of many voices was now heard at a distance, and something grasped his arm eagerly from behind.

He turned hastily round. His eyes met the well-known countenance of Marie Louise.

“What! are you in this infernal place, too?” said he. “What has brought you here?”

“Will your Majesty permit me to ask the same question of yourself?” said the Empress, smiling.

He made no reply; astonishment prevented him.

No curtain now intervened between him and the light. It had been removed as if by magic, and a splendid chandelier appeared suspended over his head. Throngs of ladies, richly dressed, but without death’s-head masks, stood round, and a due proportion of gay cavaliers was mingled with them. Music was still sounding, but it was seen to proceed from a band of mortal musicians stationed in an orchestra near at hand. The air was yet redolent of incense, but it was incense unblended with stench.

“Mon dieu!” cried the Emperor, “how is all this come about? Where in the world is Piche?”

“Piche?” replied the Empress. “What does your Majesty mean? Had you not better leave the apartment and retire to rest?”

“Leave the apartment? Why, where am I?”

“In my private drawing-room, surrounded by a few particular persons of the Court whom I had invited this evening to a ball. You entered a few minutes since in your nightdress with your eyes fixed and wide open. I suppose from the astonishment you now testify that you were walking in your sleep.”

The Emperor immediately fell into a fit of catalepsy, in which he continued during the whole of that night and the greater part of the next day. 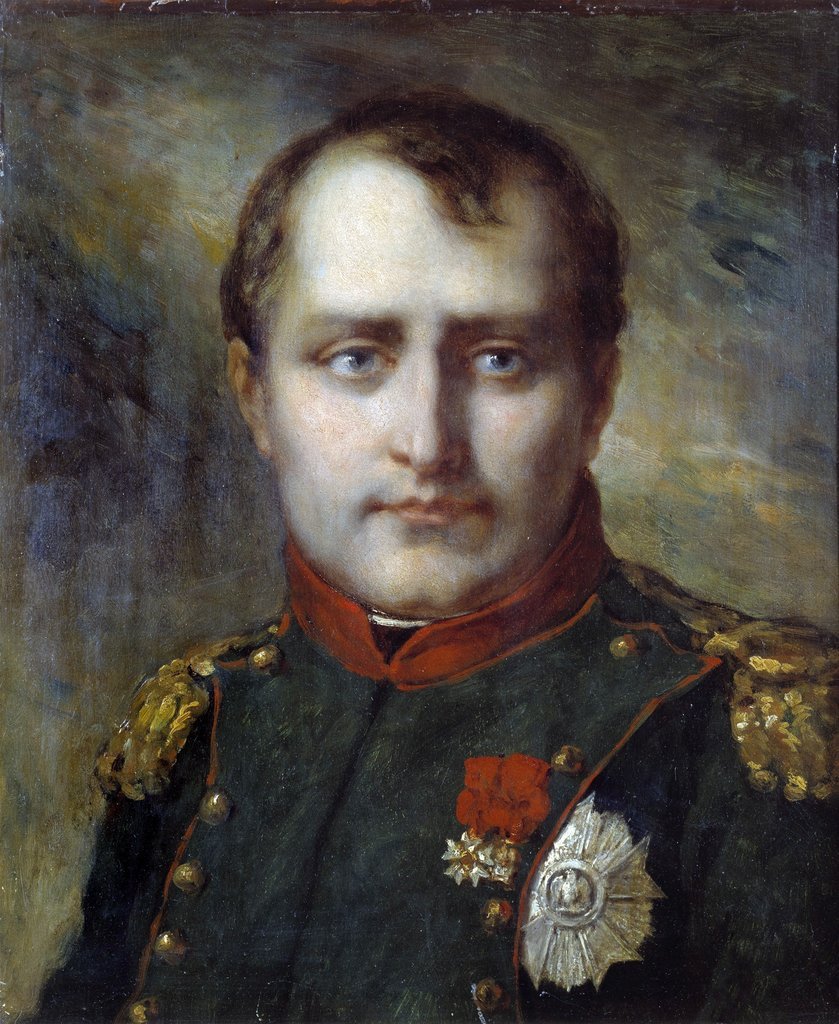